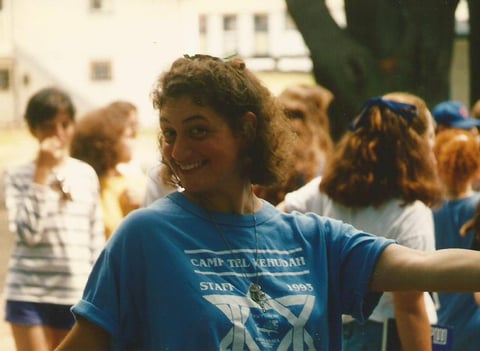 Early Wednesday morning, the Young Judaea family lost a dear and life-long member in Suzy Zeffren Rauch. Suzy has been battling cancer for a year and a half and she passed away at her home in California surrounded by her family. Originally from Dallas, Texas, Suzy was a fixture at CYJ Texas in the early 1980’s before attending Camp Tel Yehudah in 1985, '86 and '88. Suzy was a member of one of Young Judaea's first Hadracha summer trips to Israel in 1987 and she went back to Israel on Year Course in 1989-90. After Year Course, Suzy worked at her beloved CYJ Texas, at Sprout Lake and at Tel Yehudah where, in the summer of 1994, she met her husband Ron Rauch (Year Course '91-'92).

Suzy and Ron were married in March of 2001, at the first wedding ever held at Camp Young Judaea Texas. Their eldest daughter, Shira, has been a camper there for two summers. Shira’s younger sister, Eden, will start camp soon. 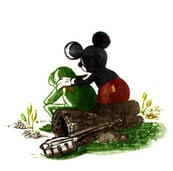 Many of Suzy's friends are changing their Facebook profile pics to this image in honor of Suzy.

Suzy had the voice of an angel and could often be found singing at camp and her home. Suzy was loved by all, was full of life, and dreamed of one day being a muppet and working for Disney - a dream she fulfilled working for almost two decades at Disney animation.

Suzy left us too soon, but she left the word a better place. A fund in her memory has set up at CYJ Texas. Donations can be sent to Suzy Rauch Memorial, Camp Young Judaea, 5410 Bellaire Blvd., Ste. 207, Bellaire, TX 77401.