In what has become something of an annual tradition, comedian Benji Lovitt lists 64 things he loves about Israel. Happy Independence Day from The Times of Israel! 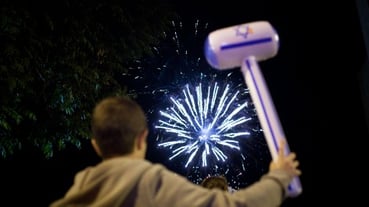 1. I love how Israelis can be completely indifferent to politics but will still argue about their favorite hummus place until they blow an artery.

2. I love that when I went clothes shopping, a guy let me use his dressing room even though he wasn’t done yet. I didn’t catch his waist size but he was definitely an XL gever-gever.

3. I love the “mmm-bye” farewell greeting used by certain Israelis when hanging up the phone. It’s a cross between “l’hitraot” and a Hanson song.

4. I love that after striking up a conversation with a complete stranger at the Ben-Gurion baggage claim, not only did he offer me a ride home but we also discovered that we shared over 60 mutual Facebook friends. Seriously, how are there any Jews who still don’t know each other?

5. I love that because we were unable to get home due to the Jerusalem Marathon, we agreed that our driver would drop us off somewhere else, take our luggage to his home in Ma’ale Adumim, and deliver it to us later, with not a fear in the world that it wouldn’t go exactly as planned. The guy got out of his car to bring the bag all the way to my door. Now that’s service.

6. I love how the worker at Bank Leumi decided she could call me “motek” after knowing me for all of 2.4 seconds.

7. I love that the NU Campaign agreed to sell my line of “yiyeh b’seder” t-shirts to bring a bit of humor to our lives. And if they don’t have your favorite color? Yiyeh b’seder. 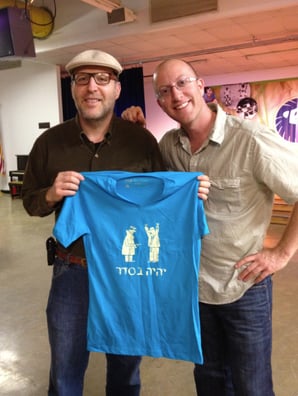 8. I love how when you call a wrong number on Passover, they still say “hag sameah” before hanging up.

9. I love that instead of worrying about kids developing peanut allergies, parents feed their babies Bamba before the doctor has even finished cutting the umbilical cord.

10. I love how every time the Tel Aviv bike rental project opens a new station, people post “mazal tov” in the Facebook comments.

11. I love that the Asian sushi chef gave me the rega hand gesture. How do you say “kibbutz galuyot” in Japanese? 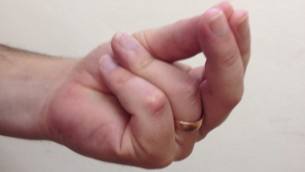 2. I love that they don’t sell any of that “not kosher for Passover” matza crap here. Who the hell eats that? That’s like taking medicine labeled “Insulin: not suitable for diabetics.”

13. I love that the owner of the makolet across the street carried my roommate’s groceries home just because. Strange that batting my eyelashes hasn’t worked for me.

14. I love that a sherut driver will divert from their route to make sure a little girl gets home safely, coordinating with the other drivers over their CBs like the Israeli Dukes of Hazzard. (With the way she dressed, are we sure Daisy wasn’t a Southern freha?)

15. I love that Bob Dylan played his first concert in almost 20 years here. It’s unclear which language he was mumbling in.

Benji Lovitt grew up as a Judaean in Texas, attending and working at both CYJ Texas and Camp Tel Yehudah.  After also holding a full-time position with Young Judaea as the Assistant Director of Short-term Israel Programs, Benji made aliyah in 2006!  He is a stand-up comedian and writer specializing in the Jewish experience in Israel from the eyes of an American immigrant.  Check out Benji's website at: http://www.benjilovitt.com.