As we prepare for Thanksgiving, we all have so much to be thankful for this year. For the Tel Yehudah community, we are of course thankful that Gilad Shalit is back home with his family. And while Thanksgiving might not be celebrated tomorrow in Israel, here in the States we are adding Gilad Shalit's return to our reasons to give thanks. (Israelis eat enough turkey anyway: According to the National Turkey Federation, Israel leads the world in turkey consumption. At a whopping 26.9 pounds per capita, Israelis consumed about 45% more than Americans! Thanks Camp Judaea for that fact.)

At the center of the efforts behind the scenes to release Gilad Shalit for over five years was Gershon Baskin, known as Gary in his days at TY and YJ. Below Gershon talks about his beginnings as a peace activist while working at Tel Yehudah:

Baskin immigrated to Israel in 1978 after completing a degree at New York University. Four years earlier, he visited Israel for a year with the Young Judaea youth movement, a trip that starting him on his track of advancing Arab-Israeli relations.

"I was working at the movement's national camp," he recalled. "I had a map on my board next to my bed with little pins in it connecting all the points that I've visited during the year in Israel. One day I came back to the room and someone had drawn a green line on the map. All of a sudden I had this kind of epiphany - it was a really intensive year on Young Judaea Year Course and I took time this summer trying to absorb everything that happened that year. And all of a sudden I realized that I just spent a year in Israel and I didn't have one conversation with an Arab. I realized at that point that I had this huge hole in my consciousness, my knowledge, my awareness."

Baskin began reading everything about the Arab-Israeli conflict he could get his hands on, started meeting Arabs and learning Arabic. "It opened up a whole new world," he said. 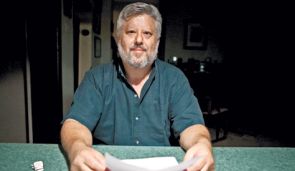 Read the rest of the article from Haaretz: "U.S. native behind Shalit deal: Swap won't lead to more kidnappings" here.

Last Sunday, the details of the ongoing negotiations for Shalit's release, along with the role Gershon played, were featured in the New York Times Magazine. Read the article "Gilad Shalit and the Rising Price of an Israeli Life" here.

Of course we understand that the deal to free Gilad Shalit raises serious concerns and questions amongst all of us who care about the safety and security of Israel. And we know that amongst us we have very different opinions about the nature of the agreement. However we are all thankful that Gilad Shalit is now home with his family and also thankful that TY and YJ have and continue to inspire young people to be passionate about their beliefs and passionate about Israel - passionate enough to act on those beliefs and make a difference.

Below is a short video with Noam Shalit, Gilad's father, thanking campers at TY in 2009 for their ongoing support and activism on behalf of his son:

May this be a very happy Thanksgiving to all of us.